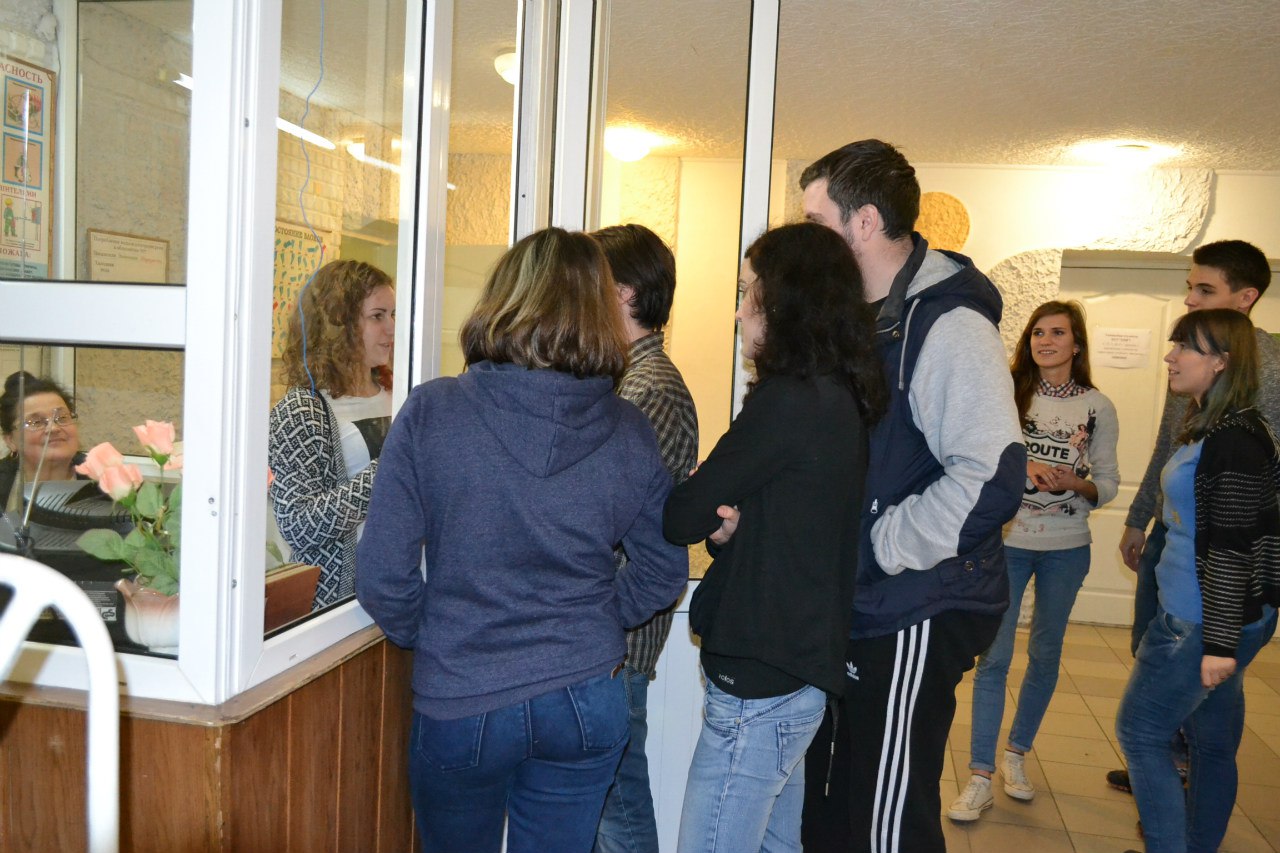 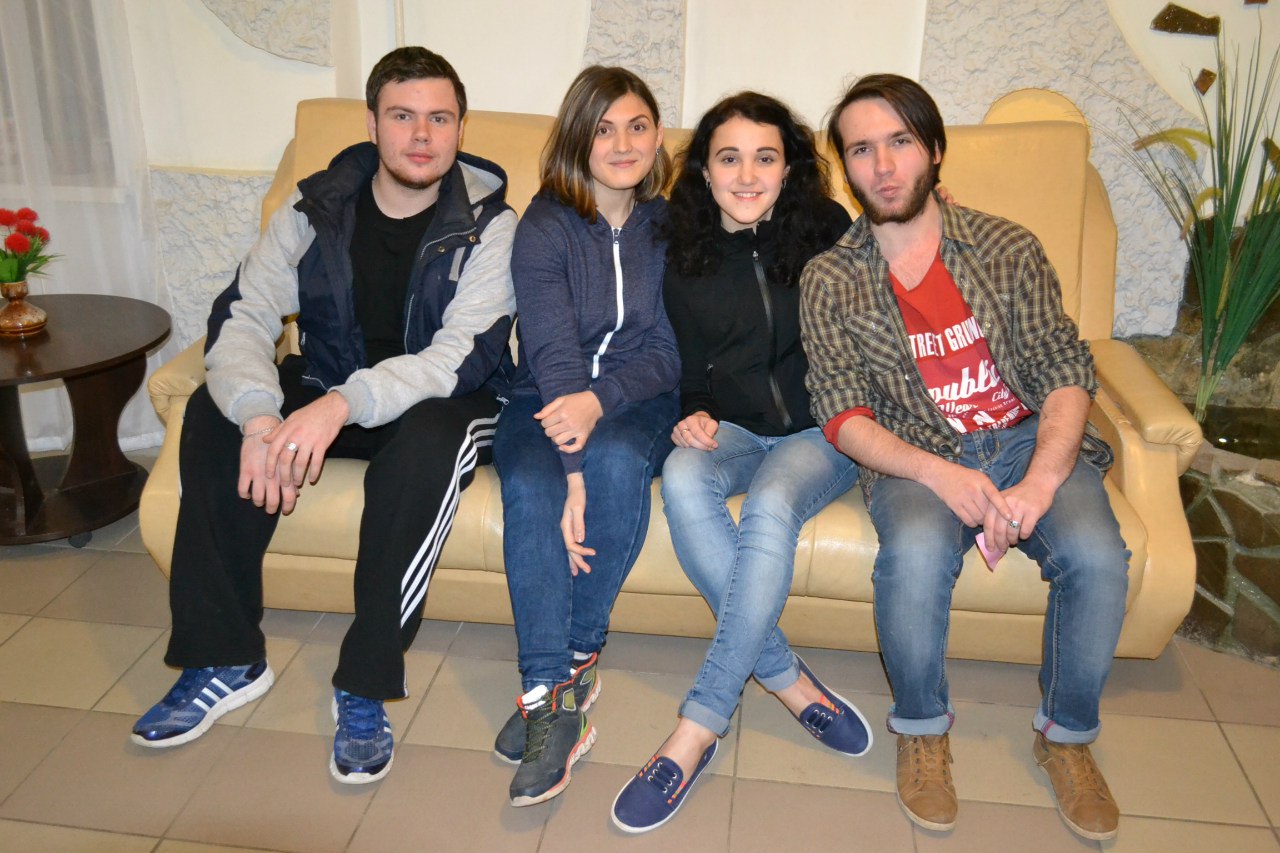 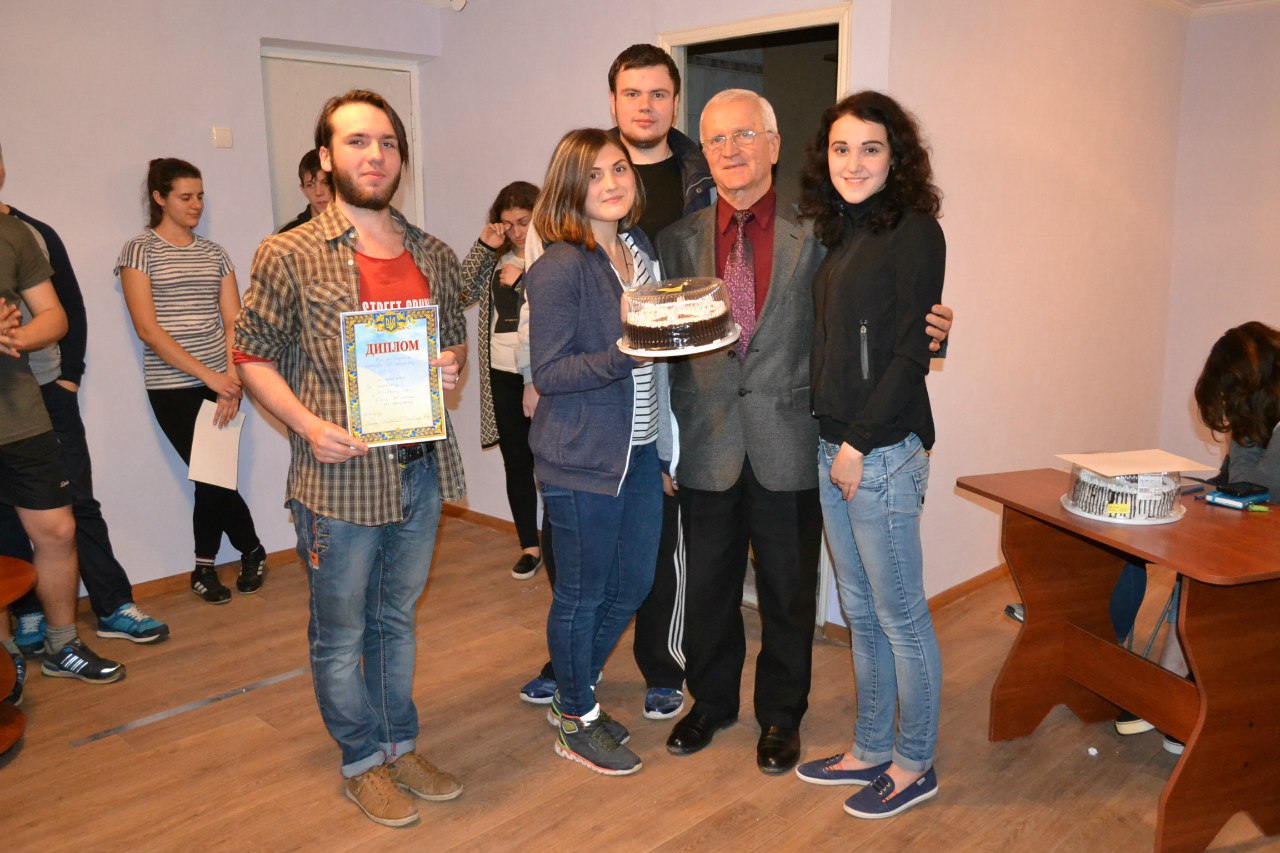 17.11.2017 – Student’s Day. For active participation in the work of the academic group and exemplary academic success, individual students: МТ-55, МТ-54, МТ-53 were awarded with certificates! 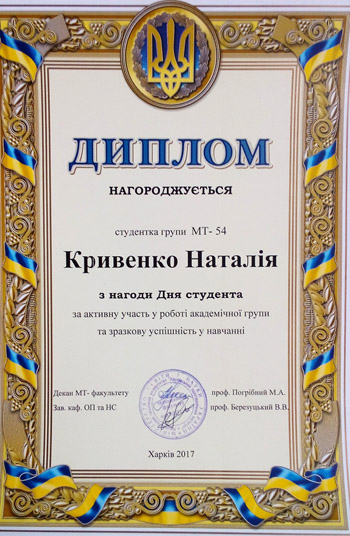 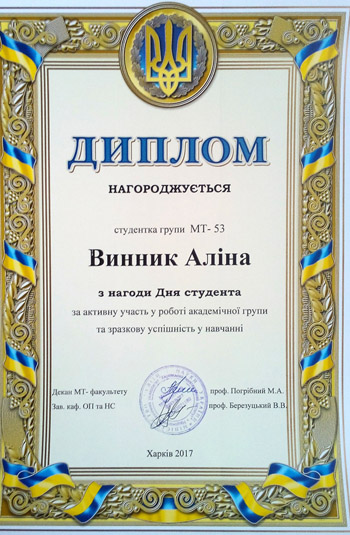 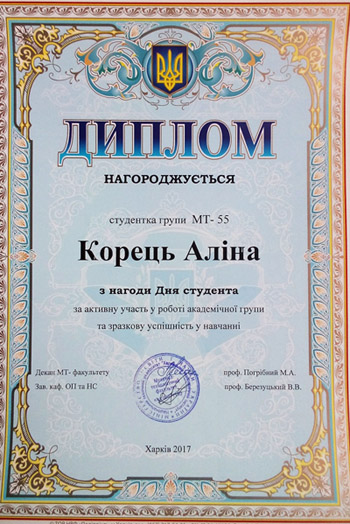 Student Vereshchak Dmitry awarded the diploma of II-degree for the victory in the national student research 2016/2017 year in Science “Civil defense and fire safety.” Student Deynega Nicholas S. was awarded with the II degree diploma for the victory in the All-Ukrainian competition of student scientific works of the academic year 2016/2017 in the field of science “Applied Geometry, Engineering Graphics and Ergonomics”. 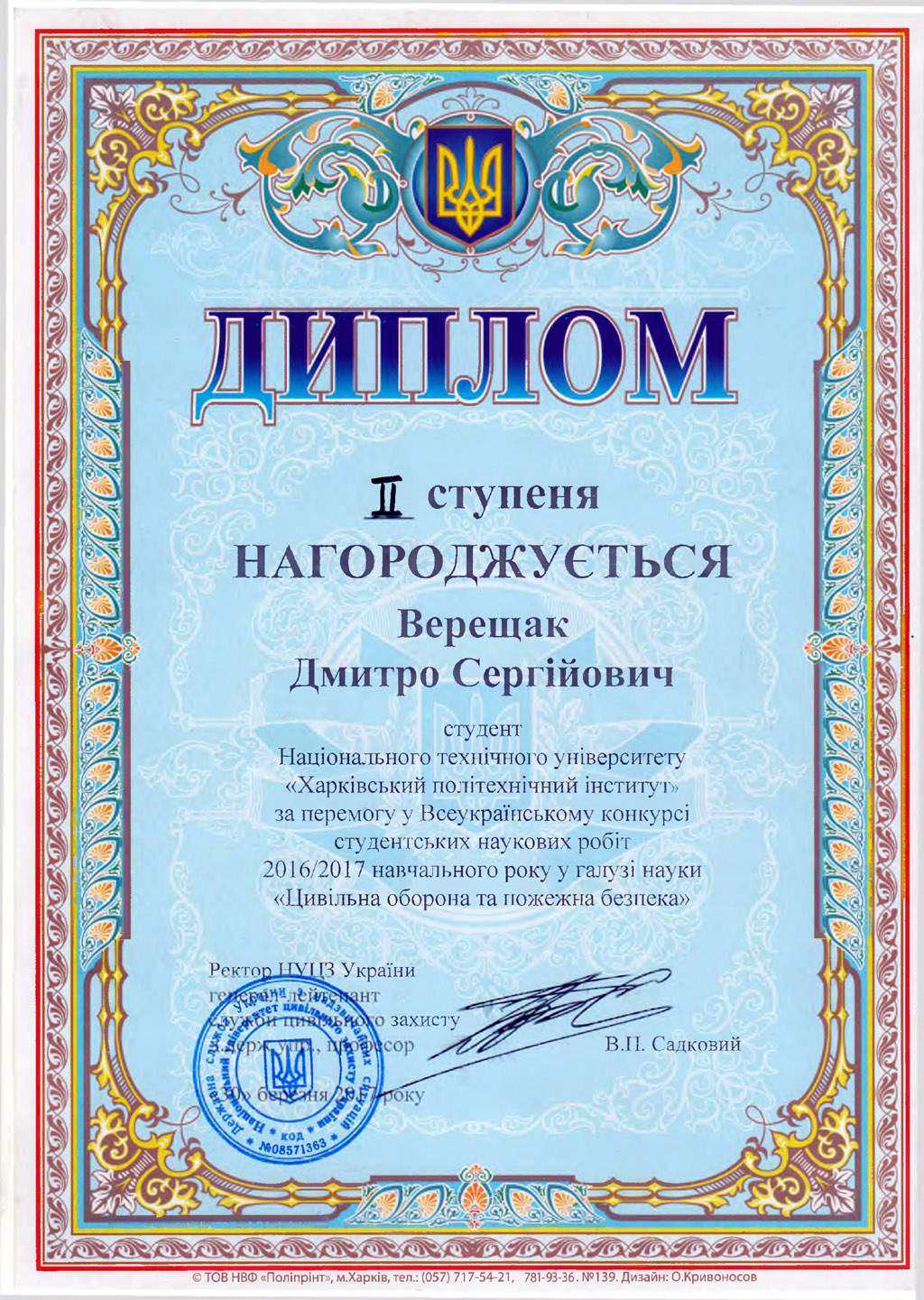 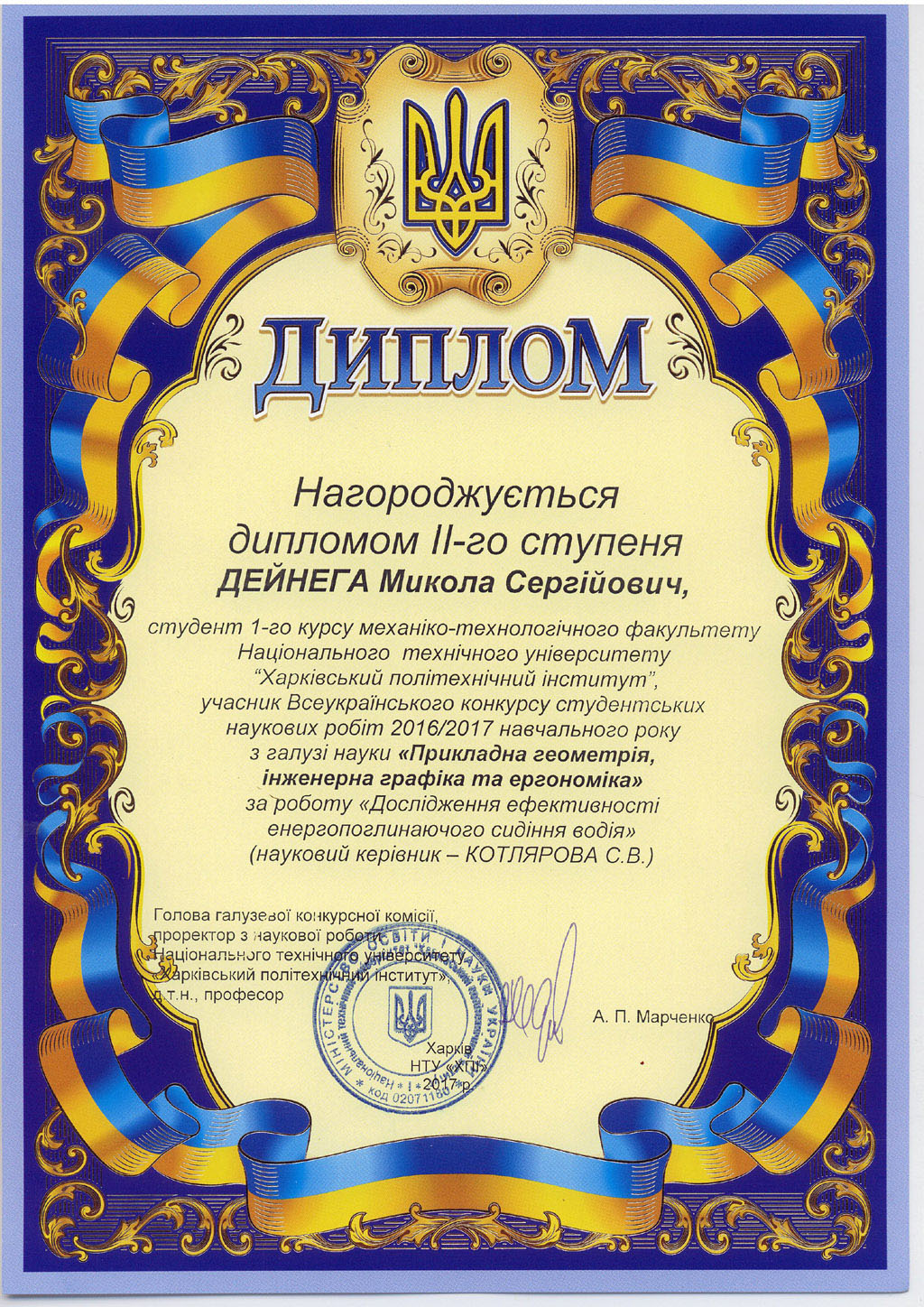 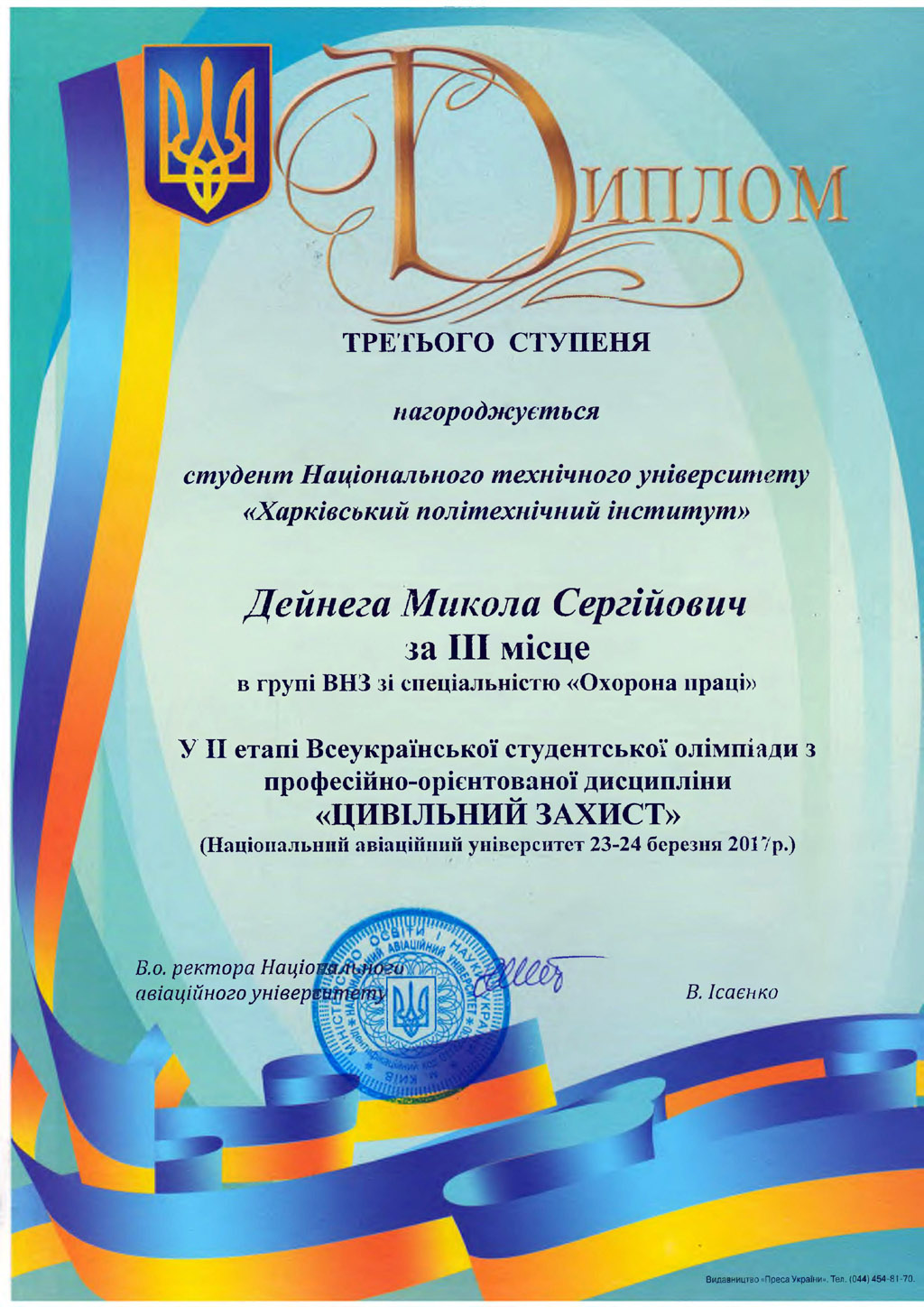 December 3-4, 2015 – Our students participated in the organization of the VII International scientific-technical conference “Human security in modern conditions”, held at NTU “KPI”.

March 24, 2015 – Students took part in the competition on the subject “Ergonomics” (NTU “KhPI”).
25-26 March 2015 – the students of MT-53, MT-54 took part in the Olympics in the disciplines of “Civil Protection” and “Fundamentals of Labour protection”, which took place at the National University of Civil Defence of Ukraine (Kharkiv).