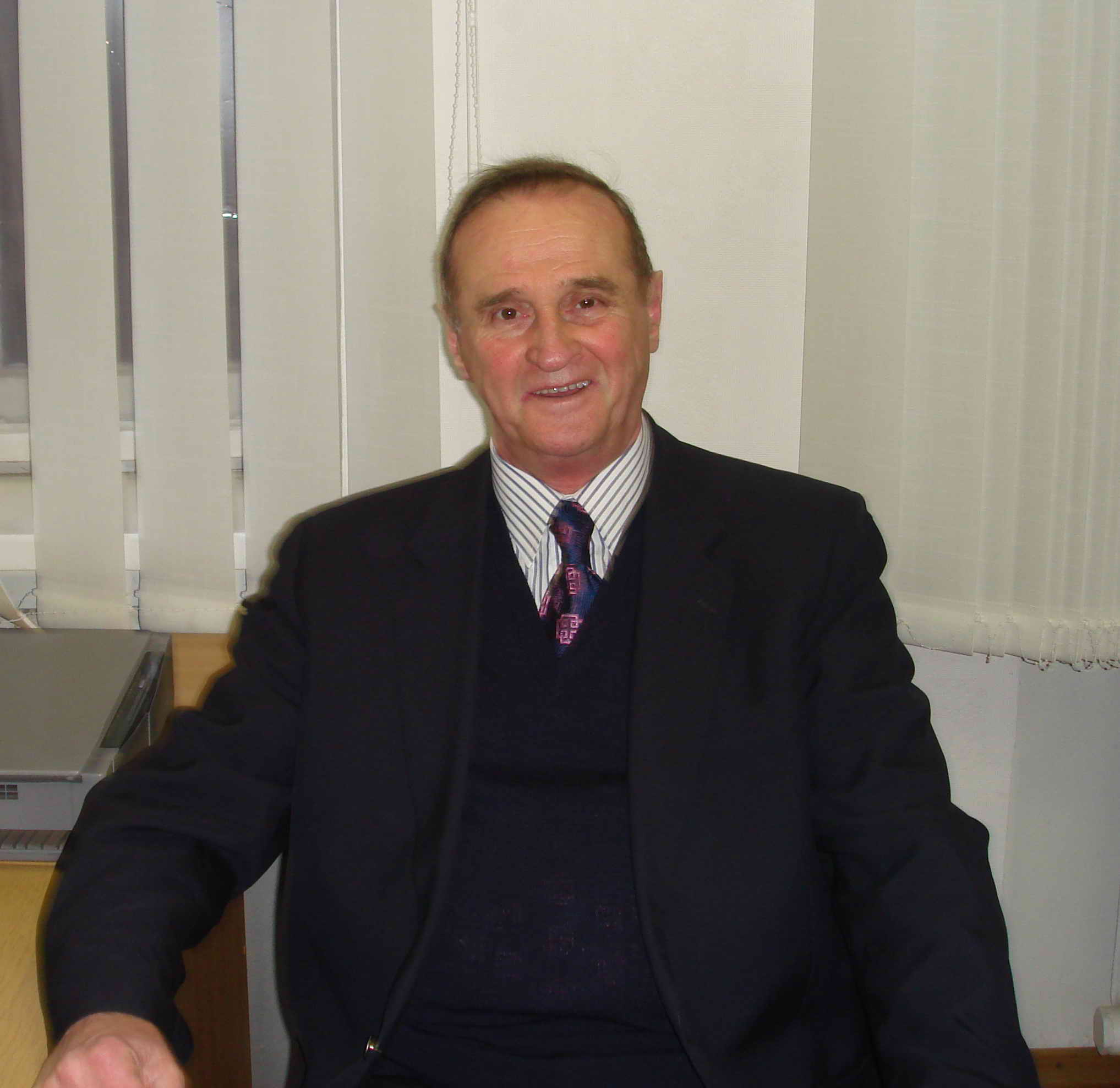 After graduating from Kharkiv Polytechnic Institute in 1959 with a degree in Fuel Technology, Yu.S. Kaftan was hired as a laboratory assistant of the first category in the coal laboratory “UKHIN” and quickly proved to be a promising talented scientist. In 1974 he defended his dissertation and from 1977 to 1985 he successfully managed the UHIN coal laboratory.
Yuriy Stepanovych Kaftan is one of the leading specialists in the field of classification, properties and methods of coal research, optimization of coal charge compositions for the production of blast furnace, foundry and other types of coke. He participated in the development of the coal raw material base for the production of high-quality blast furnace coke not only for coke plants in Ukraine, but also for foreign enterprises.
Yuriy Stepanovych’s contribution to the development of international research and production relations of UKHIN is also invaluable. U.S. Kaftan participated in industrial research at the Metallurgical Room in Galaţi, Romania, studied coal and anthracite in Vietnam, and from 1986 to 1988 was a scientific consultant to the Metallurgical Corporation in India.
Yuriy Stepanovych is the author of more than 160 scientific works, including articles published in domestic and foreign publications, patents, copyright certificates. With his direct participation, directories on the enrichment and technological properties of coal in the Donetsk Lviv-Volyn basins were formed.
Yuri Stepanovych Kaptan’s high erudition and scientific authority earned him deep respect in scientific and industrial circles of the mining and metallurgical complex of Ukraine and abroad.

Vyacheslav Mykhailovych Kuznichenko
After graduating from Kharkiv Polytechnic Institute in 1965, Vyacheslav Mikhailovich joined the Ukrainian Academy of Sciences, where he went from a junior researcher to one of the leading specialists in the theory and practice of coal coking. The research conducted by V.M. Kuznichenko, devoted to the dependences of coke quality on various parameters of the technological process of coking, as well as the pressure of expansion of coal and coal charges, the development of scientific and technical bases of new (including continuous) coking technologies and many other topical issues of modern coke chemistry.
But Vyacheslav Mikhailovich focused on research in the field of coking of compacted coal charges. The results of his research formed the basis of a set of works on the development and successful industrial development in 1993-2006 of the technology of coke production from compacted fir with dry coke quenching. In 2009, V.M. Kuznichenko as a member of the author’s team was awarded the State Prize of Ukraine in the field of science and technology for the work “Integrated energy-saving technology for the production of high-strength metallurgical coke at PJSC ALCHEVSKKOKS.”
Vyacheslav Mikhailovich is the author of more than 110 published scientific works, including a number of patents for inventions; he is a member of the author’s team of the new edition of the Handbook of Coke Chemists.
For many years of selfless work VM Kuznichenko was awarded the medal “For Valiant Work” and honorary government diplomas.
In 1986, V.M. Kuznichenko took an active part in the liquidation of the Chernobyl accident. 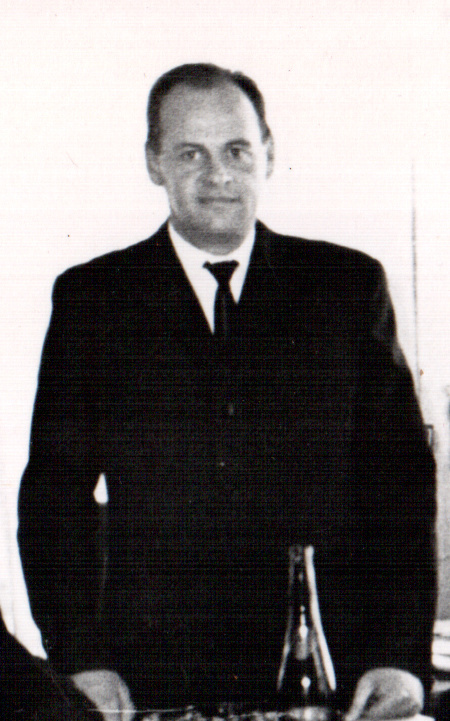 He was born in 1925 in the city of Poltava. In 1932 he entered the school, in 1941 he was evacuated to Kazakhstan. In February 1943 he was drafted into the Red Army and sent to the Alma-Ata Military Infantry School, and in August 1943 he joined the 110th Guards Rifle Division on the Second Ukrainian Front. There was an armored car. He took part in forcing the Dnieper. In October 1943 he was wounded. Until January 1944 he was treated in hospitals, after which he was discharged from the army. In May 1944 he entered the preparatory courses of the Dnepropetrovsk Institute of Chemical Technology, and in October – for the 1st year. In 1949 he graduated from the Department of Technology XXTI. Until 1950 he worked at HYPROCOX as a design engineer. In 1953 he defended his dissertation. In 1951 he began teaching at NTU “KhPI”. He was awarded the medal “For Courage”. 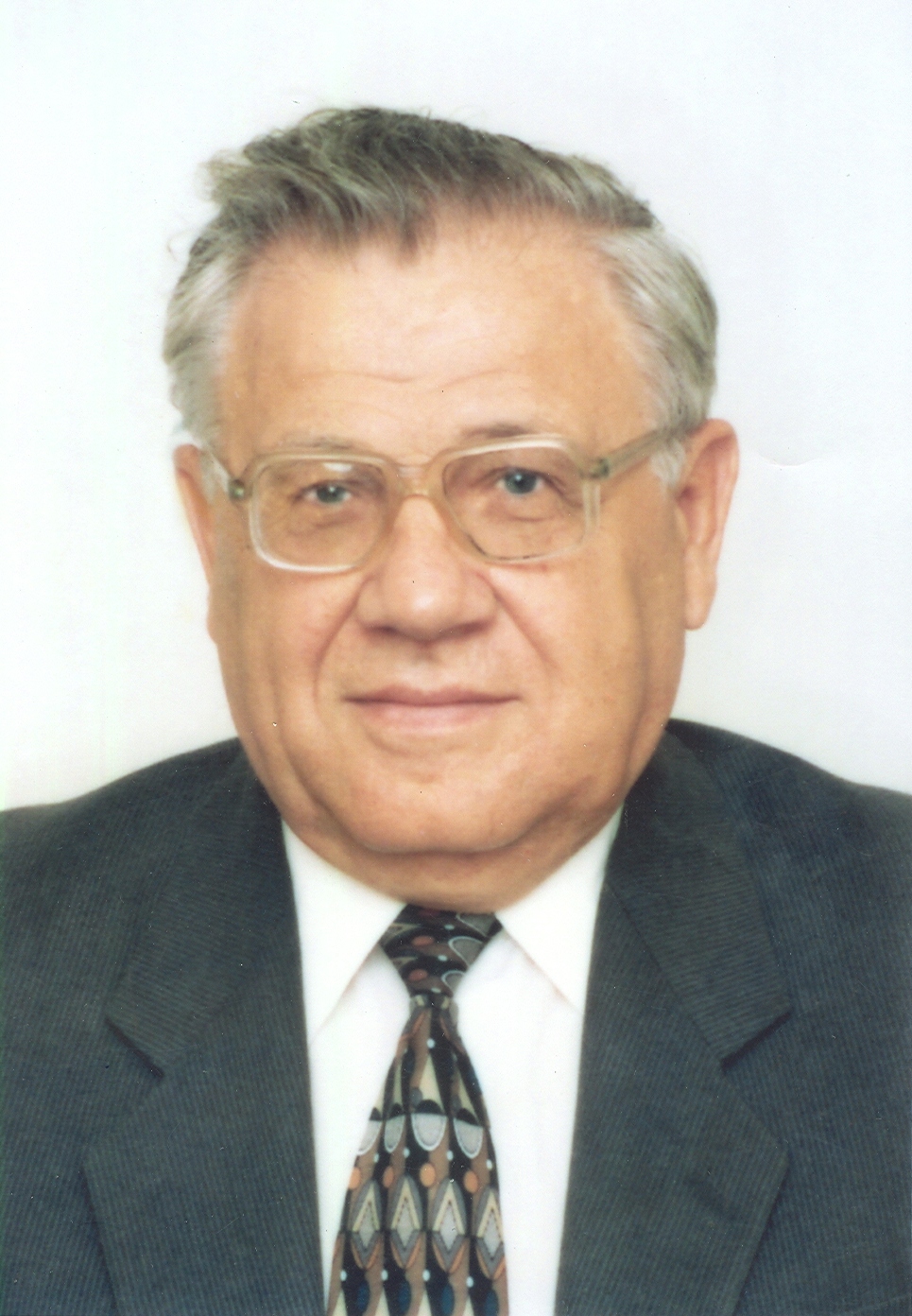 Mikhail Grigorovich was born on January 7, 1930 in the village of Ogarevka, Shchekinsky district, Tula region, into a mining family. His father, Hryhoriy Serhiiovych, worked as a murderer. In 1938 he died in the mine. Six children were orphaned. They were raised by their mother, Tekle Sidorivna, who also worked at the mine as a sample divider.
In 1948, after graduating from school, Mykhailo Sklyar entered the Kharkiv Institute of Chemical Technology. In 1950, this institute was transformed into the Polytechnic (now – NTU “KhPI”). After graduating from high school, the young specialist worked as an assistant at the Department of General Chemical Technology, Processes and Apparatus and studied in graduate school at the Department of Fuel Technology. In 1958, the candidate of sciences MG Sklyar was sent to work at UKHIN as a senior researcher, where the young scientist soon headed the newly created standardization laboratory. The practical experience gained in UKHIN in combination with the experience of pedagogical work allowed MG Sklyar co-authored with his colleague Yu.B. Tobacconist to prepare and publish (in 1960) “Guide to the laboratory workshop on the chemistry of solid combustible minerals”, which, after subsequent reprint in a substantially updated form (1985), is still the main textbook, widely used in industry institutes and factory laboratories. For a number of years MG Sklyar headed the laboratory of chemical and technological use of coal. The results of the research performed here formed the basis of the monograph “Complex chemical-technological processing of coal” (1966, co-authored with SG Aronov and YB Tyutyunnikov).
Scientists are entrusted with increasingly responsible tasks. Mykhailo Hryhorovych heads the leading division of Ukhin – coke laboratory; in 1968 he became deputy director of the institute for scientific work. Administrative growth, fortunately, did not interfere with creative work – Mikhail Grigoryevich soon defended his doctoral dissertation and published a monograph “Intensification of coking and quality of coke” (1976), which considers the issues in the title of the book primarily from the standpoint physics and chemistry of the processes accompanying thermochemical processing of coal. The logical development of these ideas was the following monograph – “Physico-chemical basis of sintering coal”, published in 1984
Until now, MG Sklyar became the director of UKIN, the main institute of the coke industry, which he headed for almost a decade and a half. During this time, the institute has become a large research and production association, which includes not only scientific departments and experimental workshops, but also a specialized design bureau and an experienced plant. Scientists of the institute have made significant progress in the development of fundamentally new methods of coking: the production of molded coke and continuous ball coking. The last direction is first of all a fruit of creative searches of the jubilee. In the same years, with the participation of UKHIN, for the first time in the USSR, new methods of preparing coal for coking were introduced on an industrial scale: partial briquetting and ramming of the charge.
In 1986, simultaneously with the work in UKHIN MG Sklyar headed the Department of Solid Fuel Technology of KhDPU. During these years, the profile of training has significantly expanded at the department.
Since 1996, Mykhailo Hryhorovych has focused on scientific and pedagogical activities. Research interests MG Sklyara included, in addition to the already mentioned areas, thermolysis and gasification of low-metamorphosed coal in order to obtain various substances for energy and chemical use. This is especially important for Ukraine, which does not have significant oil and natural gas fields. M.G. Sklyar was a member of the scientific councils of the KhDPU and UKHIN, specialized councils for the defense of doctoral dissertations at these organizations, the council of the Faculty of Technology of Organic Substances. Under the supervision of Mikhail Grigorovich, 13 graduate students and applicants defended their dissertations. He was the author of many scientific papers. M.G. Sklyar was a member of the editorial boards of the journals Coke and Chemistry and Chemistry of Solid Fuels, and the editor-in-chief of the COAL CHEMICAL Journal.
Labor merits MG Sklyar was awarded the Order of the Red Banner of Labor and the Medal for Valiant Labor. In 1989, Mykhailo Hryhorovych was awarded the title of Honored Worker of Science and Technology of Ukraine. 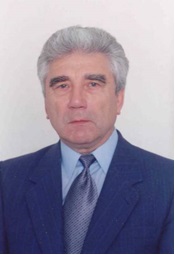 Since 1957, after graduating from Kharkiv Polytechnic Institute of Life SA Slobodsky is inextricably linked with coke. Eight years of work in the Design Bureau of Automation of the Hyprocox Institute; postgraduate studies at UKIN; after the defense of the candidate’s dissertation – work in UKHIN. Stanislav Alexandrovich passed the way from the senior researcher of laboratory of modeling of processes and devices to the head of laboratory of physical methods of research. Under his leadership, important work was carried out to create and develop new equipment and technology: preparation of raw materials for the production of carbon materials, was created technology for producing calcium carbide using coke class 25-40 mm, work was carried out to study coal, its thermal transformations and obtained products using the latest equipment. The results obtained by SA Slobodsky in the field of electrothermal methods in the chemical technology of solid fuels, formed the basis of a successfully defended in 1993 doctoral dissertation.
Since 1996 Stanislav Alexandrovich has been working at NTU “Kharkiv Polytechnic Institute” as a professor of the Department of Fuel and Carbon Materials, then Deputy Head, and since 2000 – Head of the Department. Stanislav Alexandrovich successfully worked at UKHIN as a chief researcher-consultant. Under his supervision, three PhD theses were defended. S.A. Slobodskaya was a member of the specialized scientific council of the Ukrainian Academy of Sciences on the defense of dissertations in the specialty 05.17.07 – chemical technology of fuels and fuels and lubricants.

Leading researcher of the coke department. Field of research: Technical solutions in the field of coking technology and production of metallurgical coke by various means: ramming, partial briquetting of coal mixtures, production of molded coke. Biographical data: born in 1936, graduated from Kharkiv State Polytechnic University in 1959, Candidate of Technical Sciences since 1969, academic title – Senior Researcher since 1973, works in the State Enterprise “UKHIN” since 1959, head of the coke department with 1996 to 2005, author of 102 published scientific papers. 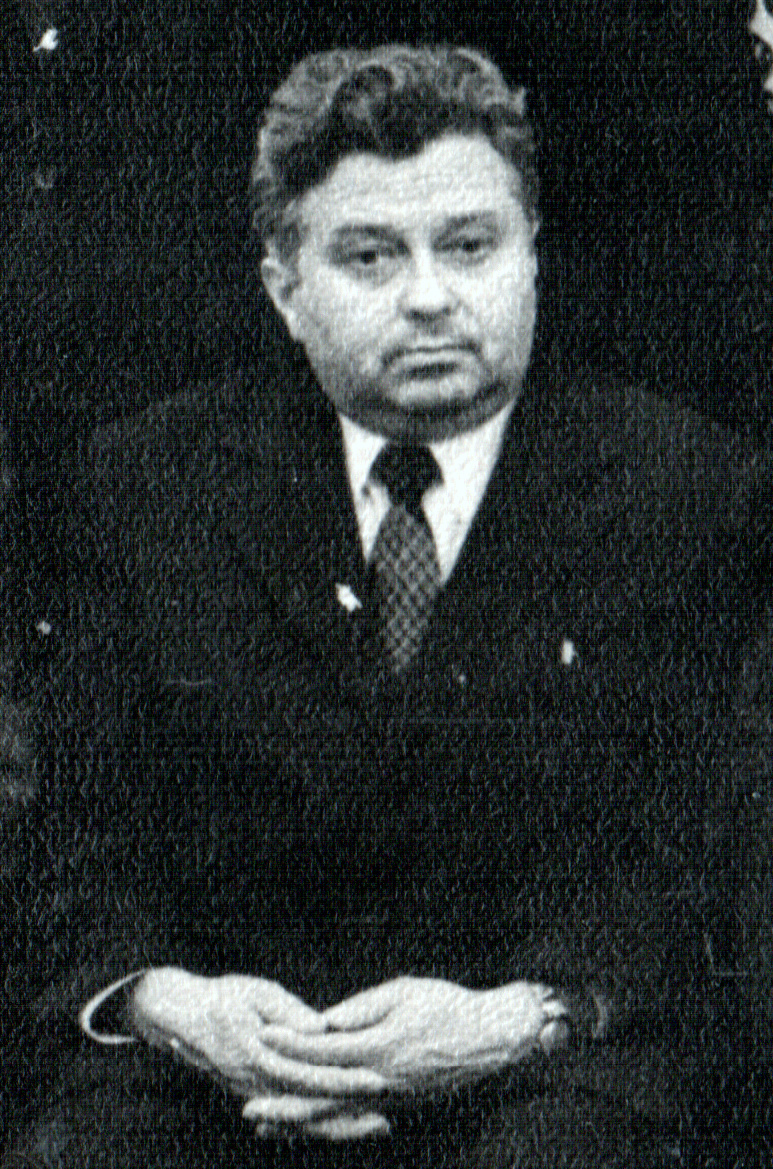 Yuriy Borysovych graduated with honors from the Kharkiv Institute of Chemical Technology (now – NTU “KhPI”) in 1947, defended his dissertation on coal sulfonation. In 1951 he was a senior researcher at the UHIN carbon coke laboratory. In 1959, Yu. B. Tyutyunnikov created a laboratory for the chemical-technological use of coal, the staff of which solved a number of important issues in the field of the use of organic additives in coking, thermal preparation, oxidation, chlorination and sulfonation of coal. Under the leadership of Yu. B. Tyutyunnikov, a large set of important works was performed to create a fundamentally new continuous technology for producing molded coke. In 1970, the results of these studies were summarized by Yu. B. Tyutyunnikov in his doctoral dissertation. In 1971 he was awarded the Order of the Badge of Honor, and in 1973 he was elected head of the Department of Chemical Technology of the Kharkiv Institute of Engineering and Economics and headed it for almost a quarter of a century. 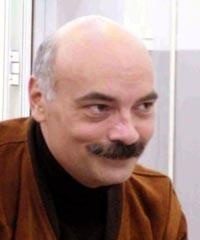 Fedor Fedorovich Cheshko was born on October 15, 1960 in Kharkiv. He graduated with honors from Kharkiv Polytechnic Institute with a degree in chemical technology of solid fuels. Since 1984 he has been working at the Ukrainian State Research Coal Chemical Institute; Scientific Secretary of the State Enterprise “UKHIN”, has a doctorate in engineering.
Fedor Ceshko made his literary debut in 1991 with the story “Night of Wolf Songs”. The writer’s works were published in periodicals and in various collections. In 1997, F. Cheshko’s novel “On the Shores of the Fog” was published.