From the very beginning of the KPTI, the specialty of fat technology was an integral part of the department of technology of organic and coloring substances and only in 1923 was allocated to a separate group. Until 1919, Professor AP Lidov (1889-1919) and Professor S.A. Fokin (1899-1907), the most famous experts on fat chemistry and the pre-revolutionary fat industry, worked in this direction at the department at various times. 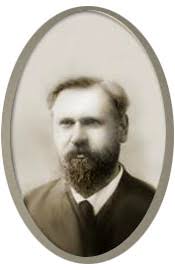 Lidov Alexander Pavlovich (1853-1919). Since 1889 he has been an adjunct professor and since 1892 the head of the department of organic and dye substances. Honored Professor (1915). Main scientific directions of activity: technology of fats, organic dyes, gases. He has published more than 80 scientific works, including such well-known as “Resins and essential oils”, “Analysis of fats and waxes”, “Chemical technology of fibrous substances” (edited by D.I. Mendeleev). 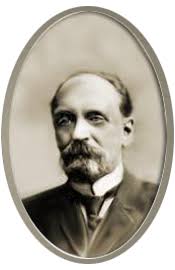 Fokin Sergei Alekseevich (1865-1917), a student of O.P. Lidov. Assistant, adjunct professor, professor. Until 1908 he worked at the KhTI, then at the Don Polytechnic Institute. The main scientific direction is catalytic hydrogenation of unsaturated organic compounds. He supervised the construction of Russia’s first industrial plant for the hydrogenation of fats. He first studied the catalytic cleavage of fats by plant enzymes (1906), as well as the process of “drying of oils.”

In the pre-revolutionary period, the laboratory of the fat specialty produced relatively little work on fats. This is largely due to the fact that the interests of laboratory staff were far from being limited to one fat area and, in addition, the work was performed by these professors without the help of staff. However, among the works of the laboratory were those that were of great importance in their time and have not lost it even now. These include the work of Professor S.A. Fokin in the field of catalytic reduction of fats, their enzymatic cleavage, polymerization of vegetable oils, the study of Professor A.P. Lidov elaidin reaction, and others.

From the beginning of the 1920s, research in the laboratory of the technology of organic and coloring substances began to unfold intensively. This situation arose as a result of the intensive growth of industrial fat production in the USSR. This circumstance connected the GDR’s plans with the interests of industry. This connection was especially strengthened in 1927/28. and contributed to the creation of the department of scientific assets (about 15 people.) Led by Professor B.N. Tyutyunnikov.

Tyutyunnikov Boris Nikanorovich (1895-1985), Doctor of Technical Sciences, Professor, Laureate of the USSR State Prize. The student of prof. O.P. Ice. An outstanding scientist and teacher. Founder of the special department of fat technology (1930). Continuing the case of OP Lidova and S.O. Fokina formed a modern scientific school in the field of chemistry and technology of fats.

In 1931 a group of workers (Z.I. Pleshkova, N.A. Kasyanova, N.S. Perstnev, A.E. Sobol, A.A. Hirshman, M.K. Yakubov, M.P. Bespyatov, etc.) formed the core of the research fat laboratory of the Ukrkhimobednannia. The group was provided with the premises of the fat laboratory of KhKhTI, at that time expanded and replenished with equipment and devices. Since then, the joint existence of the educational department of fats now Kharkiv Chemical Technology Institute. Kirov (XXTI) and the specified research laboratory, united by the general management. This made it possible to support the teaching of special subjects at XXTI at the level of high industry requirements.

Scientific researches of the employees of the department were successfully carried out due to the presence of excellent equipment in the laboratory and in the neighboring special laboratories of the KhCTI. This allowed for complex research, using the latest methods of work, starting, for example, from the application of pressures of the order of 300 atm. and ending with the use of X-rays.

Until 1936, the laboratory’s research team consisted of 25 people, not including service personnel. The department had a laboratory with an area of ​​about 350 m2, which, in addition to these employees, employed about 40 students.

Intensive scientific work, which covered virtually all the most important branches of the fat processing industry, and created the popularity of the department and its laboratory not only in the Soviet Union, but also far abroad.

From 1922 to 1936 about 100 studies were performed in the laboratory, the results of which were published in German journals. The research was performed under the guidance of Professor B.N. Tyutyunnikov, G. Yukhnovsky G., I. Sorokin, A. Hirshman, I. Perstenev and others. The work is devoted to the study of the properties of solutions of surfactants, oxidation of mineral oils, fat processing technology.

From 1921/22 Employees of the department were very interested in the issue of raw materials for the fat industry, namely raw materials of synthetic origin. Already in these years, B.N. Tyutyunnikov completed work on the study of oxidation of vaseline oil by air in the presence of catalysts and for the first time identified the necessary conditions for the production of organic acids from this material. The possibility of using the obtained products for soap making and production of drying oil surrogates was shown.

Subsequently, the laboratory of the Department of Fat Technology returned to the development of this topic. A method of oxidation of vaseline oil under low pressure (2-3 at.) Was developed, which gives advantages before operation at normal pressure. Given the possibility of enhanced corrosion of metals used in the manufacture of equipment for oxidation, at the same time tested a number of them in order to select the most stable material. In parallel, some details of the production of “synthetic” acids in this way were developed. A method for separating hydroxy acids directly from oxidized oil by coagulating their colloidal solution has been developed.