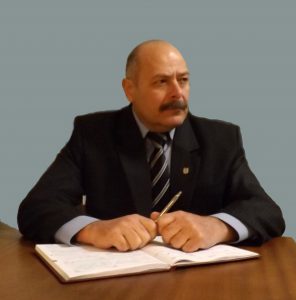 Research and Design Institute “Molniya” of NTU “KhPI” now is   one of the brightest satellite-institutes of National Technical University “Kharkiv Polytechnic Institute” and is well known not only in Ukraine  but also  far beyond its limits. R&DI  “Molniya”  is the  greatest research  and testing   center which  specializes    in the field of high-voltage engineering,  electromagnetic immunity and compatibility, development of electromagnetic technologies of broad  functional purpose on the basis of super-power pulsed electric and magnetic fields. Of particular importance in activity of the Institute are the questions connected with researches of formation of electromagnetic  pulses of natural and artificial origin and their damaging actions on surrounding environment,   primarily on technical means of strategically important objects of Ukraine, in particular on objects of rocket and space, aviation equipment, and maintenance of lightning protection of technical means that are used at such power objects of Ukraine as atomic power plants.

R&DI “Molniya” includes the experimental base (research and testing ground) which is an Object of National Heritage of Ukraine and is situated in urban-type settlement Andriivka    of Balakliya district of Kharkiv oblast. In 2001 International Electrotechnical Commission included the unique high-voltage plants of the ground into the world compendium of testing centers IEC 61000-4-32. On its basis, the scientific school of electrical engineering and electrophysics of high voltage recognized not only in Ukraine but also far beyond its boundaries, and    also Technical Committee of Ukraine on standardization in the field of providing requirements EMC (electromagnetic compatibility) of technical means (TC 22) were formed and function successfully.

Institute employees have received three state awards of Ukraine in the field of science and engineering (2004, 2006 and 2013 y.) for creation of high-voltage pulsed equipment and carrying out electromagnetic tests of most important engineering objects.

In the Institute are actively carried out works in the direction of providing energy security of Ukraine by way of increasing reliability of work of operational strategic power facilities at the expense of checking of the condition of their grounding devises and modernization of lightning protection systems.

Institute specialists have developed experimental specimens of generators, means of instrumentation that provide realization of the procedure of assessment of conformity of armament specimens and materiel to requirements of NATO standard AECTP 500: 2016 (the analogue of USA military standard MILSTD 461G: 2011) for action of electromagnetic pulse of nuclear explosion (of NRS03 type) and damping oscillating conducted interference (of NCS09 type).

The testing laboratory of R&DI “Molniya” of NTU “KhPI” that carries out tests of technical means for conformity to requirements of Technical regulations of Ukraine to electromagnetic compatibility, in particular, of technical means that are used at strategic objects of Ukraine, was accredited for conformity to requirements of standard DSTU   ISO/IEC   17025:2006   in National    accreditation agency of Ukraine.

Now the Institute has scientific and production potential for fruitful scientific cooperation with domestic and foreign customers in this field.