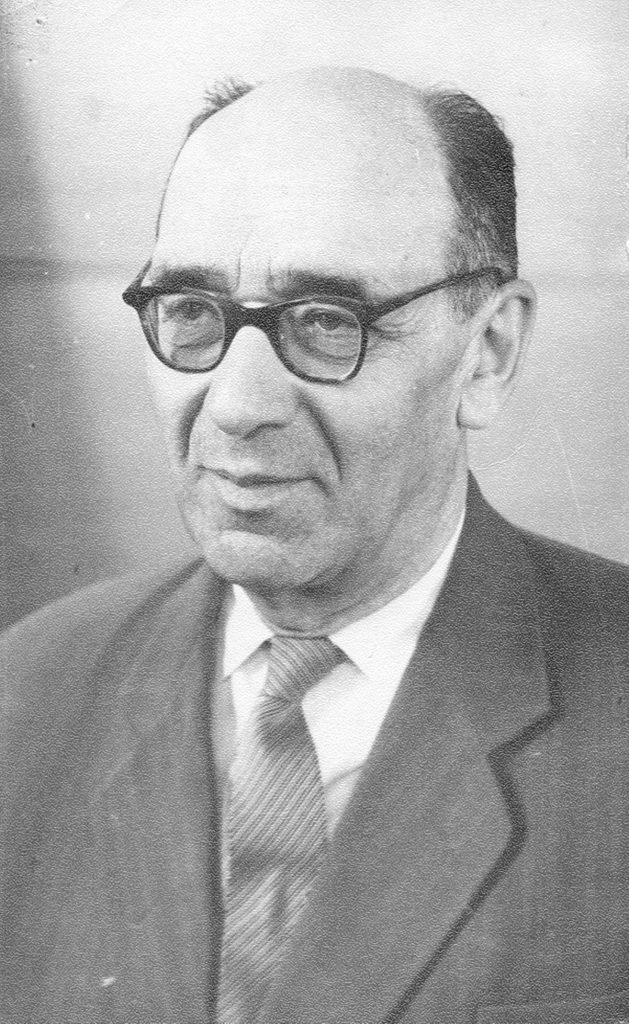 Formation of the institute starts from the research subdivisions established in the thirties of the 20th century in Kharkov with the goal of development of high-voltage engineering and electrophysics in the former USSR and was dictated by demands of industry and power-engineering. Saul Markovich Fertik, an outstanding scientist and engineer, candidate of technical science, was at the origin of its establishment when, in the high-voltage laboratory at the department of power transmission of Kharkov Electrothechnical Institute, under his leadership, a unique generator of artificial lightning with an operating voltage of 3 MV for tests of electric equipment of the system of power supply of Donbass for immunity to lightning effects was developed and built.

In 1962 LMR was reformed into a separate subdivision of KhPI – Research laboratory of high-voltage engineering and current converters (NIL TVN and PT), (the head – S.M. Fertik). Intensive works on creation of pulsed megavolt complexes that generated electromagnetic field pulses of nanosecond duration were developed.

In 1964 a start was made on creation of own experimental base – the Bench of pulsed voltage (BPV) near Kharkov in the settlement of the town type Andreevka of Balakleya region. Construction of the unique generator on 14 MV was commenced.

In 1966 the department of “Engineering electrophysics” was created in KhPI. Now the department together with RDI “Molniya” is a united educational-research-production complex and supplies high qualification specialists in the field of high-voltage engineering for both the institute and power engineering of Ukraine as the whole.

In 1978 NIL TVN and PT was transformed into a new structural subdivision of KhPI – Special Design Office of High-Voltage Pulse Engineering (OKB VIT).

In 1964-1994 the large testing complexes ИЭМИ-10, ГИНТ-1.6-5 and ГИНТ-12-30 (the settlement Andreevka of Balakleya region), ИЭМИ-6М (Sergiev Posad, Russia), ИЭМИ-12 (Zelenograd, Russia), in the towns Arzamas-16 (Sarov), Nizhnii Novgorod, Rostov, Voronezh, Krasnodar (Russia), Baikonur (Kazakhstan), Sukhumi (Abkhaziya), Nikolaev, Dnepropetrovsk (Ukraine) and others were developed and created. A number of specialists of the institute were awarded the medals and letters of commendation of VDNKh, and the heads of the works – The State Prize of the Council of Ministers of USSR.

In 1990, by decision of directive bodies, OKB VIT was transformed into Research and Development Institute “Molniya” under Kharkov Polytechnic Institute (RDI “Molniya” of NTU KhPI).

In 1994 on the initiative of professor Kravchenko V.I., Center of Certificated Tests “Impulse” was created, which was among the first to obtain accreditation of the State Standard of Ukraine and got the right to conduct tests for compliance with requirements of EMC.

In 1999 the experimental base of the experimental and testing ground of RDI “Molniya” NTU “KhPI” was included and approved by Cabinet of Ministers of Ukraine into the list of scientific objects that are national heritage.

In 2001 the experimental plants of RDI “Molniya” were included into International register of unique testing equipment (IEC 61000-4-32).

In 2002 the institute was awarded Silver diploma of Laureate of VIII international contest of creative activity “Gold Fortune” in nomination the quality of the third millennium.

In 2003 for the first time in the system of Ministry of Education and Science of Ukraine, for metrological certification of measuring devices, in RDI “Molniya” NTU “KhPI”, The Primary Standard of Ukraine of pulsed electric and magnetic fields was put into operation.

In 2004 Director of RDI “Molniya” Prof. Kravchenko V.I., deputy director, candidate of technical science G.M. Koliushko, chief metrologist Nemchenko Yu.S along with employees of Antonov ANTK (Kiev), State Design Office “Yuzhnoe” (Dnepropetrovsk) and National Aviation University (Kiev) were awarded the State Prize of Ukraine in the field of science and engineering for development and introduction of modern scientific and engineering foundations of protection of aviation and rocket equipment from destructive action and destabilizing influence of electromagnetic factors of natural and artificial origin.

In 2005, to perform full-scale tests of immunity to lightning of objects of aerospace equipment, in the interests of aviation corporation “Boeing”, Antonov ANTK and GKB “Yuzhnoe”, high-voltage complex of high-power electrophysical plants, unique for Ukraine and countries of CIS, for generation both separate components and full current of artificial lightning was put into operation.

In 2007 creation and certification for compliance with demands of electromagnetic compatibility of equipment complexes for modern airplanes AN-70, AN-40 and AN-148 designed and produced in cooperation with Russia were carried out.

In 2008 for the first time in Ukraine, the high-voltage plant, developed in RDI “Molniya” NTU “KhPI”, with use of pulsed corona discharge for processing and full removal of gas emission of toxic wastes of SO2 and CO was introduced at enterprise “ELGA” (town Shostka, Sumckaya oblast’, Ukraine). At the state exhibition action “Colorful Ukraine – 2008” this plant was awarded diploma and gold medal in nomination “Science” as a winner in nomination “Product of the Year – 2008”.

In 2009 Presidium of National Academy of Science of Ukraine awarded V.E. Loshkarev prize to Dr. Phys. Math. Sci., chief researcher of RDI “Molniya” I.V. Yakovenko for the cycle of works in the field of physics of semiconductors and semiconductor instrument making “Oscillation and wave processes of microwave range in irregular plasma of semiconductors”.

In 2011 the testing laboratory of RDI “Molniya” of NTU “KhPI” intended for performing tests of technical devices for compliance with demands of technical regulations of Ukraine about electromagnetic compatibility including technical devices that are exploited at strategically important objects of Ukraine was created and accredited by National agency of Ukraine on accreditation for compliance with the requirements of the standard ДСТУ IEC 17025, 2006 (the certificate of accreditation № 2 H 484 from 08.11.2011).

In 2012 at the experimental base of RDI “Molniya” – an object of National Heritage of Ukraine, International scientific conference “High technologies in scientific achievements of universities: nanotechnologies and nanomaterials, information technologies, energy efficiency, high-voltage technologies” was held.

In 2013 in GP “KB Yuzhnoe”, a coordinating meeting, with the participation of representatives of RDI “Molniya” of NTU “KhPI”, on the questions of development of cosmic industry of Ukraine and the role of the institute in solving problems of protection of a wide class of objects of rocket-cosmic engineering from damaging influences of atmospheric and static electricity was held.

In 2014 senior researcher of RDI “Molniya” O.S. Nedzel’skii together with employees of I.M. Frantsevich Institute of Material Science of NAS of Ukraine, Antonov ANTK, Science and technological Center “Composite Materials”, Institute of Ultrahard Materials of NAS of Ukraine (Kiev) were awarded the State Prize of Ukraine in the field of science and engineering of 2013 for development and introduction in Ukraine of light composite systems for protection from lightning and ballistic strikes.

In 2016 the director of RDI “Molniya” of NTU “KhPI” was given the title of “Honored Worker of Science and Engineering of Ukraine” by decree of the president of Ukraine.